Plant a tree in memory of Felice
An environmentally-friendly option 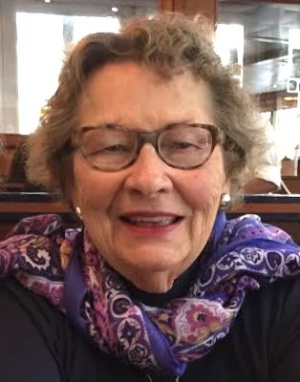 Felice Morris died peacefully at her home on June 20, 2021 at the age of 85. She was born in Haverhill, MA in 1936. Felice graduated from Smith College in 1958 with a Bachelor of Arts degree in psychology. After graduation, she moved to New York City and worked for the American Telephone and Telegraph Company performing research in personnel relations.

In 1961, Felice married the love of her life, Lewis Morris, and they had two children while living in Brooklyn Heights and then Forest Hills. In 1965 they moved to Pearl River, NY where she lived for the rest of her life. As a loving and devoted mother, she was a Cub Scout den mother, Girl Scout leader and great advocate of education.

When her children were older, Felice returned to work. She spent over 20 years at the NYC Department of Transportation retiring in 2002 as the Director of Parking Permits for People with Disabilities.

Felice thoroughly enjoyed the company of her family and friends. As an avid reader and critical thinker, she was an engaging conversationalist who listened well with a ready sense of humor. She was an active member of the Ethical Culture Society of Bergen Co. NJ, serving as Sunday School teacher and organizing fundraisers.  She was active in several civic organizations, serving as the membership coordinator for the Rockland County chapter of the League of Women Voters, president of the Friends of the Pearl River Public library and as a member of the American Association of University Women. Traveling the world brought her great joy as did playing bridge and canasta and attending theater and concerts with friends. After retirement, when bridge became her second career, she achieved the rank of Life Master.

A memorial service will be held 3 PM  August 1, 2021 at The Ethical Culture Society of Bergen County, 687 Larch Ave, Teaneck NJ.

In lieu of flowers, donations in her name can be made to The Ethical Culture Society of Bergen County, The Friends of the Pearl River Public Library, The Rockland County, NY Chapter of the League of Women Voters or The American Association of University Women.

Plant a tree in memory of Felice by clicking here.
To send flowers to Felice's family, please visit our floral store.

A service summary is not available

Plant a tree in memory of Felice
An environmentally-friendly option

Plant a tree in memory of Felice

17 trees planted in memory of Felice

Thinking of your family, and sending much love. So many wonderful memories.
Catherine, Barbara, and Stephanie Corless

A Memorial Tree was planted for Felice Morris

We are deeply sorry for your loss ~ the staff at Wyman-Fisher Funeral Home Inc.
Join in honoring their life - plant a memorial tree

Plant a tree in memory of Felice